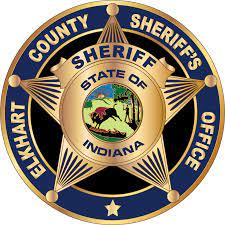 Click here to watch the live stream of the funeral service

Robert Terry "RT" Snyder, Sr., 79, of Elkhart, formerly of Goshen, died peacefully with his family by his side at 1:43 pm, on Saturday, April 23 at Goshen Hospital. He was born on January 21, 1943, in Goshen, to Lamar and Dorothy (Coyle) Snyder. Surviving are three sons, Robert “Rob” T. (Jocelyn) Snyder Jr. of North Webster, David (Marlene) Snyder of Middlebury, Scott (Kristin) Snyder of Fort Wayne; seven grandchildren, six great-grandchildren; sister, Linda (Stephen) Ewing of Goshen. He was preceded in death by his parents; grandson, Robert T. Snyder III; nephew, Stephen Ewing Jr. RT served 30+ years on the Elkhart County Sheriff's Department. He started as a patrolman and retired as a Major/Chief Deputy. He was a third-generation police officer in a line of five generations. In 1984, he helped establish the first county wide public communication center in Indiana. RT started the Elkhart County DARE program and was a member of the Masonic Lodge, Kiwanis, FOP, and Optimus. He was a graduate of Goshen High School and attended Ball State University. Visitation will be from 2:00 to 6:00 pm on Wednesday, April 27 followed by a 6:00 pm funeral service at Miller-Stewart Funeral Home, 1003 South Main Street, Middlebury. The service will be live streamed via the link on his webpage at millerstewartfuneralhome.com. In lieu of flowers, memorial contributions may be given to the K-9 Fund or Shop with a Sheriff- Elkhart County Sheriff’s Department.

To send flowers to the family or plant a tree in memory of Robert Terry "RT" Snyder, Sr., please visit our floral store.

Your browser does not support this video format. You should be able to view it in Chrome, Safari or Internet Explorer.