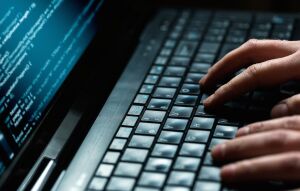 Randall "Randy" Dean Kauffman, 55 of Glendale, WI died unexpectedly on April 23rd, 2021. He was born February 7, 1966, in Goshen Indiana, the son of Norman and Clara (Weirich) Kauffman. Randy graduated from Northridge High School in 1984, Hesston College in 1986 and Goshen College in 1988. Randy spent all of his working career as an IT programmer. We are all deeply saddened by the sudden passing of Randy Kauffman. Randy had many great discussions over the years about everything from the rise and fall of gold and silver prices to who the next coach of IU should be. One thing that we know for sure is that he had a very deep faith in God and Jesus Christ. Randy's faith was not the “show up to church on Sunday and socialize” kind of faith, nor was it the kind of faith that was politicized and wrapped in an American flag. No, Randy's Faith was about love; his faith was about forgiveness. Randy's Faith was about knowing that Jesus had risen from the dead and was walking with him daily as a friend. His greatest spiritual influence was former Christian musician Rich Mullens. Rich Mullens literally believed in the scripture that said, "Foxes have holes and birds have nests, but (if you are to be my disciple) the son of man will have no place to lay his head”. This was a radical Faith. The kind of Faith that asks the question, “who are the least of these?" Randy often donated some of his earnings to charities which he believed would improve lives. Randy had a deep love for his family, for his friends and for the stranger, the rejected and underdog in society. He cared deeply about peace and absolutely hated confrontation (unless it involved periodically confronting optimistic bloggers about his disappointment in the Indiana University Basketball Program). Randy could be quiet and at times passive, and on occasion he could even be meek. Yet it was Jesus who said "blessed are the meek for they shall inherit the earth." Randy talked often about his Faith; he was not afraid to be still and know and recognize who God really was. He chose to walk alongside those who were lost and needed support. He didn't quote scripture ‘at’ those who wandered from their faith, but instead chose to love. Randy, we all thank you for demonstrating to us what it means to truly be a kind soul in this uncertain and hostile world. We thank you for quietly and consistently living your Christian faith daily in the way you chose to interact with and care generously for your friends and family. Parents should never have to bury a child. However, you are being buried with all of us certain that you are being welcomed by a heavenly voice that is saying “well done my good and faithful servant”. I know it sounds cliche, (and I can hear your soft raspy chuckle for acknowledging that this IS cliche), however, You have fought the good fight, You have ran the race, and most importantly you have kept the Faith! He is survived by his parents, Norman and Clara Kauffman, Goshen, Indiana, sisters, Sheila (Kauffman) and Steven L Yoder, Cedarburg, WI, Linda (Kauffman) Schrock and Lawrence Schrock, Syracuse, Indiana, and Staci (Kauffman) and Luke Hartman, Harrisonburg, Virginia. His nephews and nieces Shane and Brigitte (Koerner) Yoder, Oshkosh, Wisconsin, Samantha (Yoder) and John Malone, Pardeeville, Wisconsin, Logan and Tiffany (Berkey) Schrock, Millersburg, Indiana, Lucas Schrock,Cromwell, Indiana, Lauryn (Schrock) and Ryan Lenker, Goshen, Indiana. Sarina (Hartman) and Tucker Thigpen,Harrisonburg, Virginia, Sophia Hartman, Richmond, Virginia and Sarah Hartman, Harrisonburg, Virginia. His great nieces and nephews Sophi and Kenny Yoder, Braylee, Everlee and Rylee Lenker and Piper and Priya Schrock. Randy, we miss you and we love you. We will miss you, as a son, as a brother, as an uncle and as a friend. We love you and will miss you! Until we meet again... A service of remembrance will be held at Clinton Frame Church, 63846 CR 35, Goshen on July 31 at 11:00 am. A graveside service will be held prior to the memorial service at 9:30 at Ivins Cemetery, Middlebury. Online condolences may be offered at millerstewartfuneralhome.com.

To send flowers to the family or plant a tree in memory of Randall "Randy" Dean Kauffman, please visit our floral store.