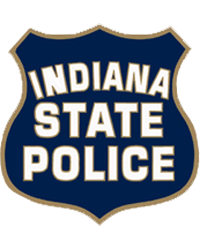 80-year-old, Jerry Parker, passed peacefully with his family by his side on January 22, 2022 from the results of a stroke.

He was preceded in death by his parents and brothers, Robert Parker and Larry Parker.

Jerry graduated from Culver High School in 1959. He served in the National Guard for five years. In 1967, he joined the Indiana State Police and moved to LaPorte, Indiana. Jerry served on the Indiana State Police Alliance Board and was instrumental in getting the Indiana State Police Youth Career Camp for teens interested in law enforcement up and running. The camp is still going strong today. Jerry retired in 1997 as a Sergeant having been a Public Information Officer. After his retirement, he and his wife moved to Waubee Lake in Milford and fulfilled a lifelong dream of being on a lake. He served as President for the Waubee Lake Association. They also became snowbirds to Surprise, Arizona for 20 years where he served as President of the Lion's Club.

Jerry was an avid fisherman and enjoyed hunting, boating, camping, and golfing. He loved spending time with his grandkids. Other things he enjoyed doing were line dancing, acrylic painting, and working on cars. Jerry was definitely a Mr. Fixit/Handyman. He did an amazing job teaching his girls how to fix and build things as well. One of his favorite things to do was sing karaoke. He even made a CD of covers and went by the stage name of JD.

Cremation will take place and a memorial service will be at a later date.

The family would like to thank Center for Hospice Care for guiding them through this difficult time.

Memorial contributions can be made to Center for Hospice Care at chfcare.org or Waubee Lake Association Inc. 10411 N. Hill Drive, Milford, IN 46542.

To send flowers to the family or plant a tree in memory of Jerry Parker, please visit our floral store.