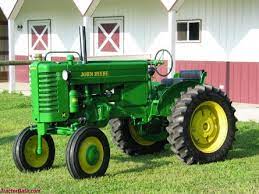 Fred Slabach, 99 ½ years, went to be with his Lord and Savior on April 6, 2022, in Oklahoma City, OK.  He passed away in the hospital with family by his side.  Fred was born September 29, 1922, in Midland, Michigan, to Joseph J. and Fannie M. (Miller) Slabach.  He was the last living survivor of all his brothers, sisters, and their spouses. He grew up as the youngest of 10 children, spending his early years in Michigan, Illinois and then to Indiana where he lived the rest of his life.  He met Lillian Riegsecker in the Middlebury, IN area and they married in 1946, celebrating 75 years together before she passed away May 25, 2021.  Within a few years of their marriage, they purchased a farm north of Middlebury where they lived for 70 years, raising 6 children and caring for his elderly parents until their passing.  He joined the Clinton Frame Mennonite Church as a young man and remained very active in the church for his entire life.

Fred was a tireless and dedicated farmer, always providing for his family despite the many difficulties of farming life.  His farming ranged from raising crops to milking cows, hogs, and the various pet goats, sheep, rabbits, and horses for his children.  He was an accomplished carpenter, and particularly enjoyed cabinet woodworking and making toys for his children, but also built and remodeled numerous buildings on the farm in addition to teaching his children carpentry. He kept bees and had an extensive orchard that he cared for and produced many bushels of fruit over the years for canning and freezing.  He had a school bus route for many years and took many of the sports teams to different school events. He loved to travel and managed to take his young family on many trips over the years including to Chicago museums, zoos, aquarium, planetarium, Barnum and Baily Circus, and we all loved the annual Livestock and Rodeo show at the Coliseum.  Other favorite trips to various locations in Michigan included Deerfield Park, Ford Motor Plant and Museum, Kellogg factory, etc.  In addition, after the children were grown, he and his wife took numerous trips around the country visiting nearly every state.  They traveled by car, train and air.  He particularly enjoyed attending air shows and taking plane rides.  When he was 98 years old, he had one of the highlights of his life to fly a small plane.  He collected and restored John Deere tractors, participated in many parades and the Elkhart County Fair and belonged to the Northern Indiana Two Cylinder Club.

He enjoyed taking his many friends in the Amish community to their various appointments, events and shopping trips as an “Amish Taxi Driver” and continued to do so into his 90’s. In his spare time, he could be found doing any number of things such as reading a good book, playing board games with visiting family, putting puzzles together, fishing, feeding the wild birds and identifying what types came to the feeder.  He was particularly fond of the Hummingbirds and the Bluebirds which came to his feeders year-round and nested in nearby boxes. He started quilting and made quilts for his grandchildren and great-grandchildren.

He was preceded in death by his parents Joseph and Fannie, 7 brothers and their wives:  Roman (Maymie), Daniel (Amelia or Millie), Abner (Barbara), William or Bill (Mary Edna), Albert (Nellie), Joseph or Joe (Betty), Irvin (Elma) and 2 sisters and their husbands, Amanda (Victor) Hochstetler and Mary Anne (Ira) Good, and a son, Daniel (Danny) Slabach.

Memorial contributions may be made to Hillsdale College, Hillsdale, MI https://www.hillsdale.edu/ or Heartland Baptist Bible College, OKC, OK https://heartlandbaptist.edu/ or a charity of your choice.

To send flowers to the family or plant a tree in memory of Fred Slabach, please visit our floral store.