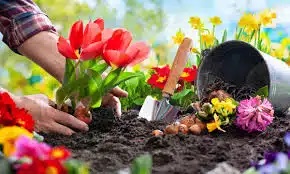 Esther May (Yutzy) Chupp, 89, of Bristol, suffered from numerous health problems in her last several months and later passed away peacefully at 8:11am on Tuesday July 27, at her home in Bristol, Indiana. She was born on January 16, 1932 in Arthur, IL, to Simon F. and Fannie M. (Stutzman) Yutzy. On November 20, 1951 in Arthur, IL she married Joas J. Chupp in Arthur IL; he passed away June 15, 2014. Survivors are a daughter, Naomi (Robbie) Royal of Bristol; three sons, Larry J. (Dot) Chupp of Shipshewana, Anthony Wayne (Coretta) Chupp of Middlebury, Danny Lee (Leah) Chupp of Jones, MI; Ten grandchildren: Tabitha, Rachel, Andrew, Jonathan, Ethan, Alaina, Kirsten, Daniel, Laurel and Jana. Seven great grandchildren: Chester, Willow, Shelby, Jolynn, Carina, Judah, Camden She was preceded in death by her parents, all her siblings and her husband, Joas J. Chupp and two sons, Mark and Eldon Chupp. Esther was a very private person and she enjoyed rug weaving, gardening, writing, watching birds and caring for farm animals. Esther dearly loved her descendants and was able to spend time in her last days voicing her affection for them. She looked forward to being re-united with those who passed before her. She was a member of Townline Mennonite Church, 2165 S. 1000 W. Shipshewana. A private family service will be conducted by Pastor Dean Yoder and burial will be in Townline Cemetery, Shipshewana. Memorials may be given to The Arc of LaGrange County.

To send flowers to the family or plant a tree in memory of Esther May (Yutzy) Chupp, please visit our floral store.