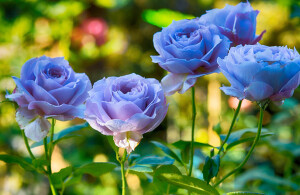 Barbara Sharick, 83, of Shipshewana, died at 12:37 pm on Saturday, January 8 at her residence. She was born on March 20, 1938, in Topeka, to William “Bill” and Anna (Petersheim) Miller. On November 21, 1959, in Middlebury, she married Allen Sharick, he survives. Survivors in addition to her husband are daughter, Sheila (Wes) Miller of Middlebury; three sons, Mark (Michelle) Sharick of Millersburg, Kevin (Lisa) Sharick of Bristol, James (Connie) Sharick of Dallas, TX; 14 grandchildren, six great-grandchildren; sister, Martha Miller of Goshen; brother, Edgar (Phyllis) Miller of White Pigeon, MI; sister-in-law, Carol Miller of Wolcottville; two brothers-in-law, Lamar (Esther) Miller of Sturgis, MI, Larry Zook of Wolcottville. She was preceded in death by her parents; infant twin sons, Terry and Kerry Sharick; infant triplet grandsons, Dakota, Tanner, and Lynn Sharick; brother, Ira Miller; two sisters, Dora Zook, Ella Joan Miller. Barbara was a farmer, homemaker and owned and operated a greenhouse. She enjoyed gardening, being outside in nature, listening to gospel music, and was known for her hospitality. Barbara loved her grandkids and had a special connection with her granddaughters. She also enjoyed quilting and had made quilts for all her grandkids. Later in life she was an Amish taxi chauffeur and was currently attending Shipshewana Church of the Nazarene. Visitation will be from 2:00 - 8:00 pm on Monday, January 10 at Shore Church, 7235 W. 100 N., Shipshewana. Funeral services will be at 10:00 am on Tuesday, January 11 also at the church. Services will be conducted by Pastor Francis Warren. Burial will be in Shore Cemetery, Shipshewana. Memorials may be given to World Missionary Press.

To send flowers to the family or plant a tree in memory of Barbara Sharick, please visit our floral store.